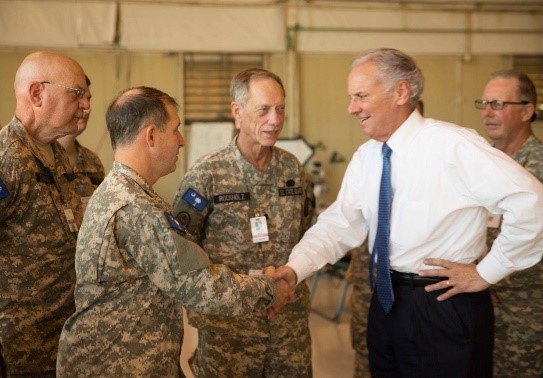 Marine Corps Recruit Depot Parris Island was honored to receive a visit from South Carolina Governor Henry McMaster earlier this month. Governor McMaster’s visit comes amid recent rumors and speculation concerning Parris Island’s future. Some media entities and officials both in and outside of the Department of Defense have stated concern that climate issues such as flooding and coastal erosion will render Parris Island obsolete and unusable within decades. On paper, these problems do seem significant, especially given the facts that over half of the base is salt marsh and the highest point on Parris Island is only 13 feet above sea level. However, these difficulties do not tell the entire story of the situation at Parris Island and give little credit to an installation that has trained resilient Marines for over 100 years.

Parris Island has taken the initiative to lean forward into its climate challenges and is constantly working to introduce new methods of combating climate issues through a combination of innovative environmental restoration and new construction. As base infrastructure comes due for repair or upgrade, Parris Island authorities ensure that improvements take place with an eye towards further protection against environmental disasters. This process of gradual, micro-scale changes has been referred to by the former Commanding Officer, Brig. Gen Julie Nethercot, as “the art of the small.” Through these efforts, Parris Island won the 2021 Secretary of the Navy’s Environmental Award for “excellence in integrating environmental and operational sustainability efforts and mitigating impacts from storm surge and sea level rise through 2065.”

Governor McMaster was able to see these improvements firsthand and was impressed with the outcomes including raised roads protected against erosion and the creation of “living shorelines,” a natural, environmentally conscious method to help mitigate floods.

The Governor agreed that the outcome of these projects would make Parris Island a suitable location to fulfill the base mission of “making Marines” for at least another 100 years. “We’ve been doing it since the late 1800s,” he said, “and there’s no reason we can’t keep on doing it.”

These comments mirror Governor McMaster’s previous warm support of Parris Island. In October 2020, after then-Marine Commandant General David Berger mentioned the possibility of closing Parris Island, Governor McMaster said the base “adds greatly to the character and strength, economic and otherwise, of this state…anything we can do to support your mission, we’ll do it.”

Governor McMaster toured the base as part of a larger-reaching visit to Hilton Head Island and Beaufort County where he also discussed hurricane prevention with state and local emergency management officials. Ian Scott, the President of the Beaufort Regional Chamber of Commerce, thanked Governor McMaster for his visit and for his willingness to advocate on behalf of MCRD Parris Island. 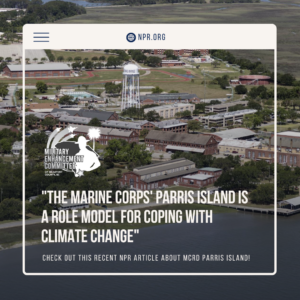 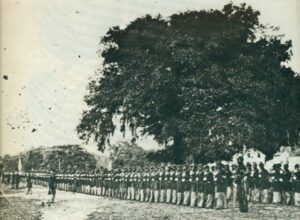 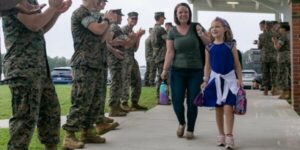